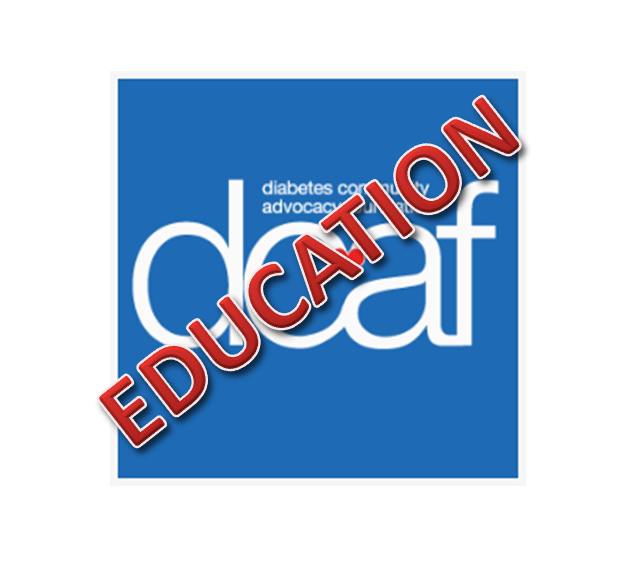 The last show that we did for DSMA en Vivo was focused on diabetes and the worry of the every day Latino individual about developing the disorder. It was quite an interesting conversation based on a poll done by the Harvard School of Public Health. The summary states the following:

A new poll was released recently on the views of Latinos in America about their health and health care, communities, financial situation, and discrimination in their lives.

It’s a great look into the lives of those who are growing the most rapidly in the country, taking into consideration what they see and how they see it, especially when it comes to health– a topic that is among the most taboo in the cultural community. There are a few things to consider when looking at the community.

1. If you go back to a time when folks were in their countries of origin, medicines were used to cure illness of all types in a very natural way. Teas, oils, prayers, concoctions made from the earth were given to the sick person to hopefully cure them of their illness and situation. Many Latinos still do this, in a non-trusting-of-phrama-company kind of way.

2. The idea of preventative medicine didn’t normally come up, especially because people lead relatively healthy lives to a lot of people in the United States today. It’s not to say that there are no healthy options, however, many Latinos fall into a category of underprivileged or living in poverty, limiting everything from education to food options dependent upon where they live.

3. Although there was hardly an idea of preventative medicine, there were and still are MANY preventative actions in the Latino culture. Everything from drying your wet hair before going outside into the cold to wearing shoes in the house, we are raised with cultural, health related nuances that we may overlook as time goes by.

OK, now back to the poll.

When speaking about it, we pointed out that nearly one in five or 19 percent of Latinos said that diabetes is the biggest health problem facing their families among both immigrant and non-immigrant Latinos. It used to be cancer. Diabetes is becoming a real issue that people are seeing all the time in not only relatives and extended family, but honing in on themselves due to issues such as heredity, lifestyle and diet. We now know that Latinos are afraid of developing it. This is good.

These findings were not surprising, however. What we found to be extremely surprising and morbid was that over half or 52 percent of Latinos polled are not confident that they would have enough money or health insurance to pay for a major illness. And if you have diabetes, you know, it’s a price to pay. I complain about it all the time myself.

This alone should be enough of an incentive for people to shape up and get on top of their health, especially if they’re prone to it. The financial burden that this could cost someone is hefty, especially if you’re new to the diabetes game. I say this because I recently paid $50 for a box of strips. Yes, that’s right– a box of 100 strips. That’s insane. I then asked my doctor to write me a prescription for another type (because you know we all have about seven different glucose meters) and I only had to pay $50 for 500 strips. That sounds a bit better.

After 20 years, you learn how to work it because you know you have options. There are always options, you just have to know what they are. *DING!* Education.

Moving on. According to this poll, which I, again, didn’t find too surprising was that many questioned didn’t think their diet was any worse here in the United States. About four in 10 or 38 percent of immigrants said that their diet is healthier in the U.S. Really? And about the same amount see their diet equally as healthy.

Here’s the blunt truth about that. If you don’t know what healthy really is, how are you to know what healthy isn’t? I mean, many people that I’ve seen who have developed diabetes don’t know that corn muffins have carbohydrates in them or that refried beans are bad for you. REFRIED being the key word here. The other blunt truth is that, if diet is the issue, it’s your fault because you decide what goes into your mouth and what stays out of it, right?

We know that it’s not just about the lifestyle, that it is, in fact, hereditary as well BUT your choices impact the development of it within your system. You could be genetically disposed to having diabetes in your system, but there is a possibility that it may never surface because of your lifestyle choices.

Latinos don’t like to be blamed for things, I’ve realized. Especially if it was their choices that got them there. There has to be some other reason why their diabetes developed, there has to be some other cure besides that of eating right and maintaining a healthy lifestyle. Put DOWN the tamal! Stop drinking the COKE! Add some more color to your food and stop FRYING EVERYTHING!

It all starts with the individual and the push for a proper education regarding health issues. That’s it.

Are there societal issues that keep people from obtaining the proper options? YES.

Is there an economic burden on Latinos that affects their abilities to make good choices? YES.

But is there a resource out there to help? YES!!!!

Consequently, because of a lack of education and support for those with diabetes will lead to higher deaths due to diabetes complications especially among the hardest hit communities — Latino and Black. We need to do something about it.

Unfortunately, yet fortunately, a friend of mine just told me that her husband was diagnosed with Type 2. His mother was going through some complications as well and her fear was him developing it (which is what this poll is all about!). Well, it happened. She said she was sad and I couldn’t do anything but say, “There is no time to be sad. You have to be proactive.”

She’s going to have to learn and help educate him as well on the journey. Being on top of his health is going to help in many different ways, but the first step is getting out of the “sad” mindset and getting into the “I’m going to control this” mindset. I offered to help both of them.

I hope she calls me.